COHIBA – Introduced in 1968, is one of the finest medium bodied Cuban cigars on the market. With a rich blend of earthy tones combined with a light background of java and cocoa this brand is rated as a favourite of many cigar connoisseurs.

MONTECRISTO – A standard in the Cuban cigar market, was introduced in 1935 and has since become the cigar by which all others are to be judged. The most popular and well renowned within the Cuban market this hand rolled line of heavily flavored, medium bodied cigars is a must have for even the most discerning afficionado.

DIPLOMATICO – Introduced in 1966 as a second value line of the Montecristo this line was primarily aimed at the French market. One of the few Havana brands which is exclusively devoted to handmade cigars.

BOLIVAR– Introduced in 1901, the powerful flavor of the Bolivar range is almost as widely know as it’s namesake, Simon Bolivar (1783-1830), the celebrated Venezuelan warrior who liberated all or part of what is today Venezuela, Columbia, Peru and Bolivia.

PARTAGAS – This fine example of Cuban cigar making has been an institution for this market since its inception in 1845. The most diverse and uniquely blended of all of the Cuban cigars this brand, lightly spiced and layered with flavor, is a definable favorite to all who have tried it.

ROMEO Y JULLIETTA – The Romeo y Julieta marque was established in 1875 by Inocencio Alvarez and Mannin Garcia. The brand is named for Shakespeare’s famous tragedy, Romeo and Juliet. The brand quickly became popular among wealthy smokers and a s a result held claim to some 2000 personalized brands for their customers. In 2006, the Short Churchill size, a Robusto, was introduced at the 8th Annual Habanos Festival in Havana, Cuba.

HOYO DE MONTERREY – Meaning “valley of Monterrey,” the brand offers a lighter flavour and a wide range of sizes, the largest of which are much celebrated. The Le Hoyo series cigars was introduced about 1970 and presents a stronger flavour.

FONSECA – The image of Francisco Fonseca, who developed this brand in 1906, still adorns the box today. Only in limited distribution, the Fonseca brand is considered to exhibit a rich but mild flavour. 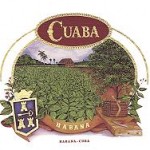 CUABA – First introduced in 1996, the Cuaba brand was the first Cuban cigar to be introduced into commercial production since 1968. All of the Cuaba vitoles are in the figurado (perfecto) shape. Habanos S.A. decided to revive the British tradition of smoking figurados with this line; hence the fitting unveiling of the brand in London, England.

H. UPMANN – The success of this brand was buoyed by the award of seven gold medals in seven international exhibitions between 1862 and 1893; these awards still adorn the lithographed interior of the box today. Available in a stunning range of handmade and machine-made sizes, the brand offers a mild to medium strength.